For this shot, I swung the Indra around to be more of a front light, with placement at camera right. A medium Plume Wafer light bank was mounted on the Indra and a inch circular reflector was placed at camera left to produce a low-key look. To get a proper exposure with the Canon version of the Odin transmitter, I set the Indra to minus three stops. To launch testing, I asked Cliff Lawson clifflawsonphotography. Together we were PHOTTIX Indra500 TTL Studio Light test shots in Manual and High-Speed Sync modes within 20 minutes.

Eventually I caught on—sorta. To eliminate problems with Canon SLRs, a firmware upgrade is promised real soon now. The Indra with a hexagonal Plume Wafer light bank is at camera left with a inch square black Westcott Scrim Jim at camera right.

Another non-Phottix monolight was placed behind the subject who was posed in front of a black Savage Infinity Vinyl Background. This headshot was made using the Indra in TTL mode. It was placed at camera left with a hexagonal Plume Wafer light bank attached.

A second non-Phottix monolight, without a PHOTTIX Indra500 TTL Studio Light, was placed directly behind Pamela Simpson and aimed at her back. The background was a black Savage Infinity Vinyl Background but light spilling from the second monolight lightened it to middle gray. The finished image was converted to monochrome using Silver Efex Pro.

I made several images of my model, Pamela Simpson, using only the single Indra as the key and only light, then used one of my monolights for some shots as backlight on the subject or aimed onto the background to produce a high-key look. Because the combination of a single large, soft light source works well when photographing single or small group portraits, I attached a medium-sized 53x37x The display gives you a nice overview of the settings you would want to see during a PHOTTIX Indra500 TTL Studio Light and shortcut buttons along with the green dial make changing setting on the fly quick and painless. The light also has PHOTTIX Indra500 TTL Studio Light built-in set of receivers that can be individually selected in order to work with any of the Phottix transmitters they offer. When choosing this light, I decided to go with the battery pack over the AC adaptor because I very rarely shoot in a studio type location.

PHOTTIX Indra500 TTL Studio Light The battery pack is also made of metal and feels a lot more sturdy. Like the Vagabond Mini, the battery itself is removable so that you can use multiple batteries during a shoot if you needed, but the locking mechanism on the Phottix is much better.

As you can see from the above image, I eventually had to tape the battery onto the Vagabond because it would continuously slide off. This is partially due to a bad locking system and partially due to the fact that the battery has to constantly fight gravity. For the Phottix though, the battery is connected to the bottom of the pack with a side to side locking system instead of an up and down style. These outlets also have a locking switch PHOTTIX Indra500 TTL Studio Light them so that the cable cannot easily fall out. This switch has two different ways of being set to PHOTTIX Indra500 TTL Studio Light. The first way is standard and will result in a recycle time of 1. The second way is high speed and will drop the recycle time to an even one second with a sacrifice to the number of flashes you can get per full battery. Not only does TTL make jumping from location to location a breeze, but the ability to shoot high-speed sync on a studio light is awesome.

This is all well and good unless you are trying to shoot those nice shallow depth of field images that everyone loves. 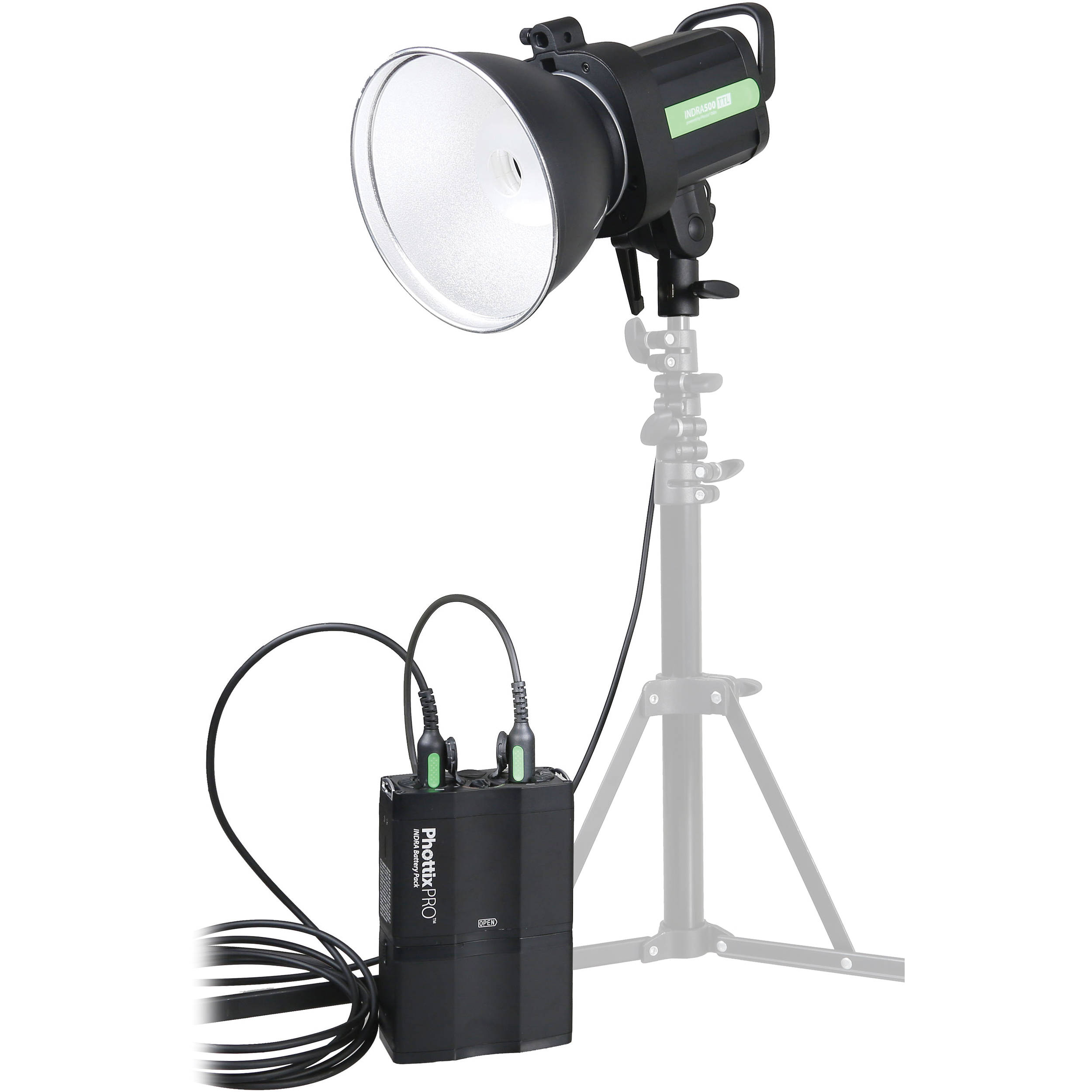